It was uncertain if the sun would show itself on Sunday morning, March 28, 2021. But with some light drizzle for a short time, the weather became a bit clearl. Early on, participating groups with creative names for their team began to sign up. From Kankantri Queens, Earthworms21 and Fitfamily, to the Busi dagu, Leliendaal Girls and Hummingbirds, the participants were very enthusiastic.

Of the 48 groups that registered, 43 eventually participated. The teams took turns starting at a quarter past eight. Soon all teams were looking for the green treasures and were on their way to the various checkpoints where they had to answer a question and, if the answer was wrong, a sporting challenge needed to be completed.
Some took their time to quietly walk and search the route, others ran very fanatically from one checkpoint to another without missing a treasure. There was something for everyone, groups of sporty friends, club members, nature lovers and families looking for a fun day out.

Ultimately, the team "Permaculture" emerged as the winner, with the fastest time and all the treasures that could be found. They were well ahead of the following four teams of the top 5: team "Fit kids on the block", team "Xapalu", team "A musu kang" and team "Cheetah girls".

After all, it was a beautiful day where participants walked and moved a lot and learned more about nature in the heart of the city. None of this would have been possible without the extra help of the 21 volunteers who assisted in setting out, overseeing checkpoints and at the take-off, and of course clearing of the route afterwards.

Congratulations to the winners and many thanks to everyone who made this a successful event! Photo impressions of the treasure hunt are available on the Tropenbos Suriname Facebook page.

Here is the full result. The answers to the treasure hunt questions (Dutch) can also be found below. 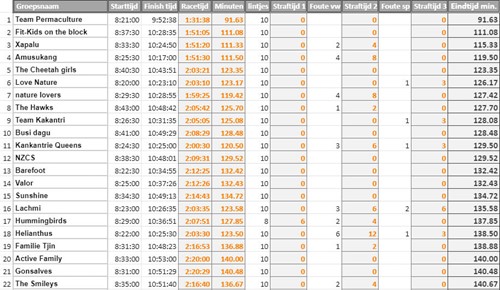 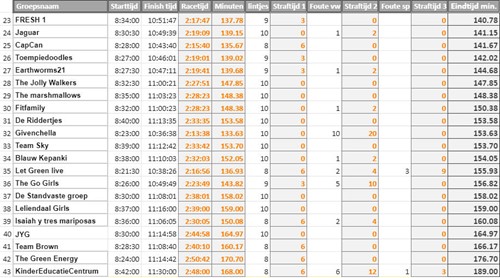 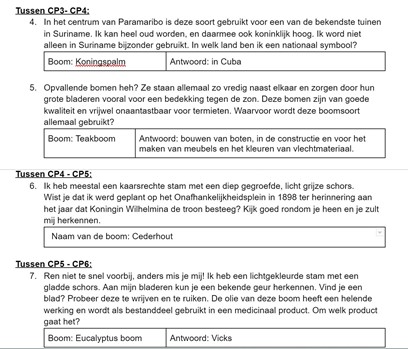 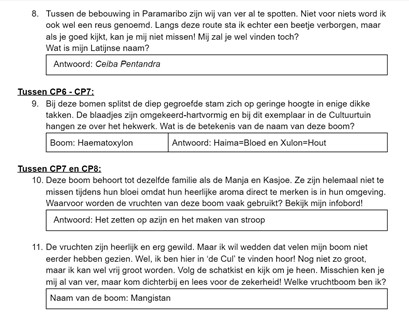 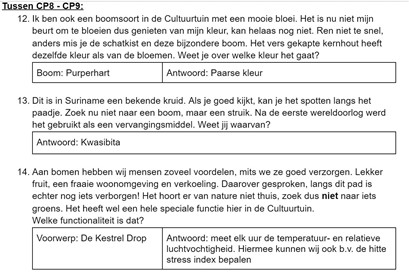 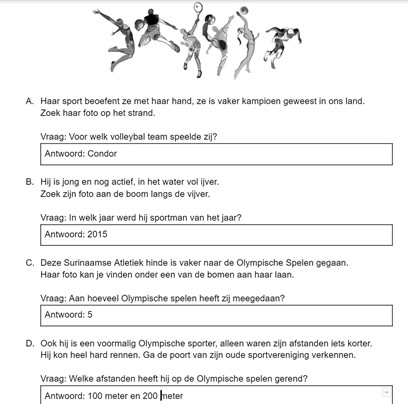 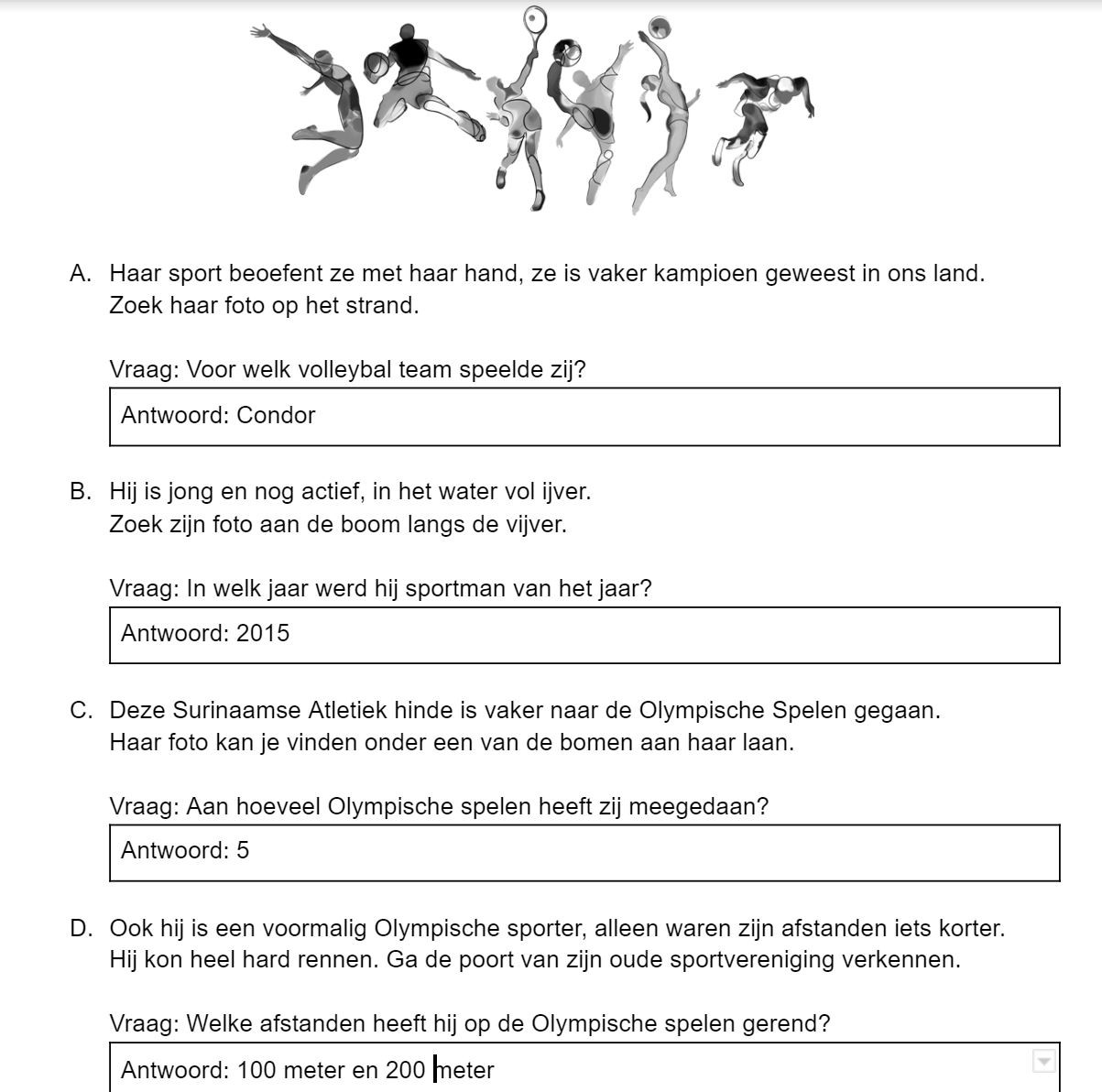 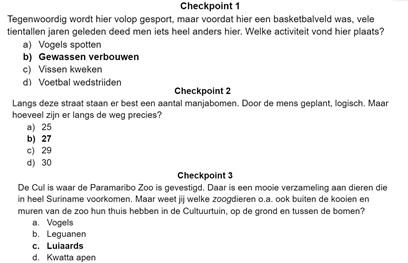 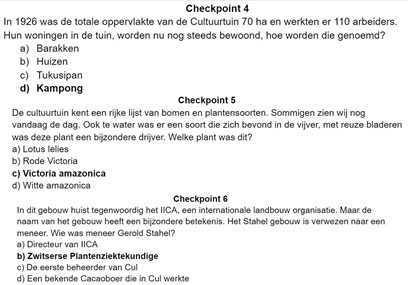 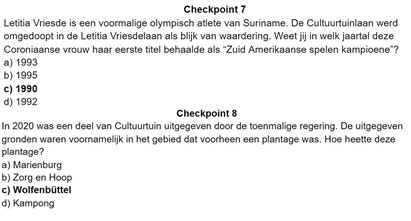 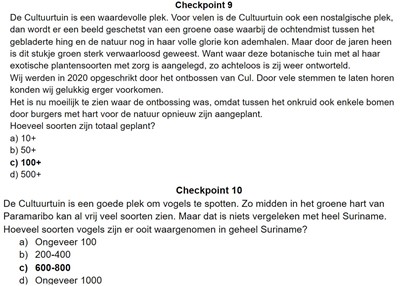